The foreign-born population of the United States has risen to 40 million, or almost 13% of the population, according to new figures from the Census Bureau. That’s up from about 31 million, or about 11% of the total population, in 2000.

California is home to 1 in 4 of those foreign-born residents, far more than any other state, the new report showed. Three states — New York, Texas, and Florida — accounted for about another third of the foreign-born population, with NewYork having the second highest total at 11%.

In California, residents who were not U.S. citizens at birth, represent 27%, or 10.2 million, of the state’s population of about 37 million. 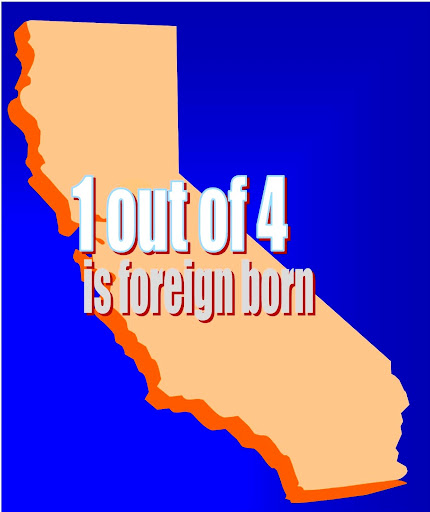 Overall, more than half of the U.S. foreign-born population came from Latin America and the Caribbean, with most of those from Mexico. More than a quarter of foreign-born residents arrived here from Asia, with about 12% from Europe, 4% from Africa and smaller percentages from other regions.

The new figures are from the 2010 American Community Survey, which has taken the place of the long-form decennial census.