Relations between India and China Flare Up Over Border Dispute 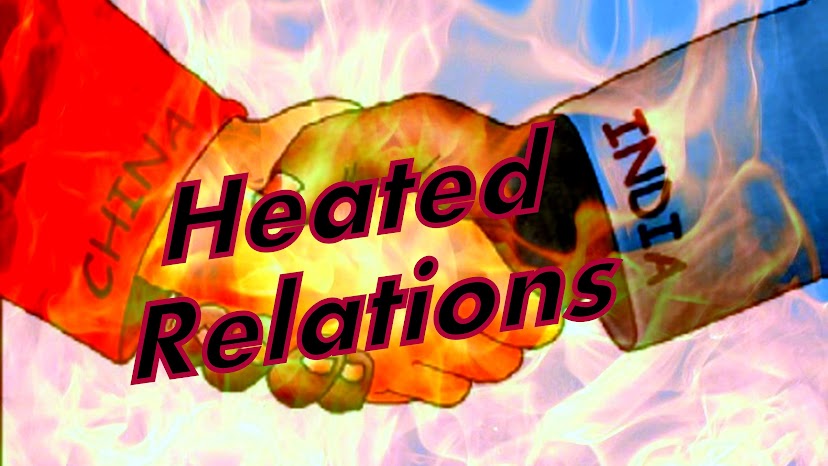 India was upbeat when Li Keqiang, China’s new premier, announced that New Delhi would be the destination for his first foreign trip since taking power: it was seen by some as a potential milestone in more co-operative relations between the two wary neighbors.

But as Salman Khurshid, India’s foreign minister, arrived in Beijing on Thursday to finalize details for the visit, many Indians were asking why Mr Li is coming at all.

The optimism was shattered by a three-week border stand-off between the two countries after an estimated 30 Chinese troops slipped across the de facto Himalayan border they share and 19km into what India says is its territory.

The incident has again soured relations between the world’s two most populous nations, stirring memories of the humiliating defeat India suffered in a 1962 border war. But it has also renewed fears over China’s wider territorial ambitions across Asia.

China has become one of India’s biggest trading partners and the Li visit was seen in Delhi as an opportunity to build on that trend, with Beijing also keen to deepen economic ties. Bilateral trade is increasingly complemented by direct investment by Chinese companies.

“We thought we were seeing the beginning of something really good that was going to take us forward,” one Indian official says of the planned visit later in May. “The economic relationship is expanding fast, and we were going to focus on that. But now we feel there’s a complete lack of sincerity on the Chinese side.”

The Chinese troops finally withdrew earlier this week. India’s Congress-led government has offered no details of the deal that preceded the pullback, but Indian army officials have told the local media that New Delhi agreed to demolish a defensive line of bunkers and observation posts on its side – a concession that Beijing has long sought but which has left India’s security establishment fuming.

“The Chinese-Indian relationship is strange and difficult,” says Li Xiangyang, director of the National Institute of International Strategy at the Chinese Academy of Social Sciences. “India has this deep-seated trust deficit as it compares itself with China all the time – almost like China used to measure itself against the US and the UK in the 1950’s and 1960’s.”

In the absence of a definitive, agreed boundary in the remote Himalayan desert region, the two countries have a vague, decades-old line of actual control. The neighbors have been negotiating on the border dispute since 1981, while simultaneously working to improve other aspects of their relationship.

India has in recent years upgraded the road and military infrastructure on its side of the de facto border, which lags far behind development on the Chinese side. But Beijing has made clear it finds these moves unacceptable, a message that was conveyed again during talks over the border incursion.

“For India, every meter of road and every bunker in that area is a strategic win of territory,” says Sun Hongnian, an expert on the Indian border at the Research Center for Chinese Borderland History and Geography at CASS. “With every such construction, they come closer to the main road on our side which is a strategic bit of defense infrastructure.”

Some observers note that these arguments closely resemble a pattern seen in territorial disputes with other neighbors.

Zhang Xiaodong, a scholar at the Shanghai branch of the Chinese Academy of Sciences, said in an article published last week that Beijing was in fact following a strategy of grabbing opportunities to expand its range of control across the region. He applauded the strategy but said China was ill-advised to open a new front with India in this game at the same time disputes were flaring with Japan and in the South China Sea because this raised the risk of its neighbors teaming up against Beijing.

Many are still debating whether the incursion was a deliberate attempt to pressure India into retreating or whether the Chinese military was freelancing, encouraged by President Xi Jinping’s recent rhetoric of stronger safeguarding of China’s national interests.
But in New Delhi some argue that such distinctions are irrelevant and that Beijing’s strategy is already working.

“They managed to make the Indians agree to conditions that they had failed to impose by other means earlier,” said Brahma Chellaney, a strategic affairs analyst at New Delhi’s Centre for Policy Research. “India is wilting under pressure. The [Indian] government is trying to say it’s a victory for quiet diplomacy but it’s actually a victory for coercive diplomacy. They have rubbed India’s nose on the ground.”